It was with much excitement that I folded away my laptop and leapt up from the rather dreary world of website fiddling and shot off down to the V&A Waterfront in Cape Town’s harbour precinct to hopefully catch a glimpse of a most rare sight.  Rumour was spreading fast in wildlife circles around Cape Town that a Dwarf Sperm Whale had slipped into the harbour and was to be seen casually swimming amongst the boats in full view of a curious onlookers.  Despite the ever-present Cape Town traffic, I slipped effortlessly into the Waterfront area, awash with tourists and locals alike soaking up a magnificent Thursday morning.

A quick inquiry at a local watering hole was all it took and I was soon ushered down to the water’s edge where the whale had last been sighted.  Across the water from me on another small jetty, stood a small throng of bystanders with cameras at the ready, waiting to capture that moment when the rare and elusive Dwarf Sperm Whale emerged from the harbour water’s depths.

It didn’t take long before we were all treated to a marvellous display by this incredible little whale.  Soon he could be seen frollicking between the boats, rolling over and exposing his whitish underbelly as he slid within touching distance of the onlookers.  As is often noted with some whales and dolphins, there was an apparent deliberate attempt to “engage” with his audience and it was notable that he definitely spent more time closest to the most populated jetty, rising, rolling and energetically swimming past his audience.

It was such a joy to sit on the water’s edge and share a brief moment with a creature that is typically miles offshore in the depths of the deepest oceans. 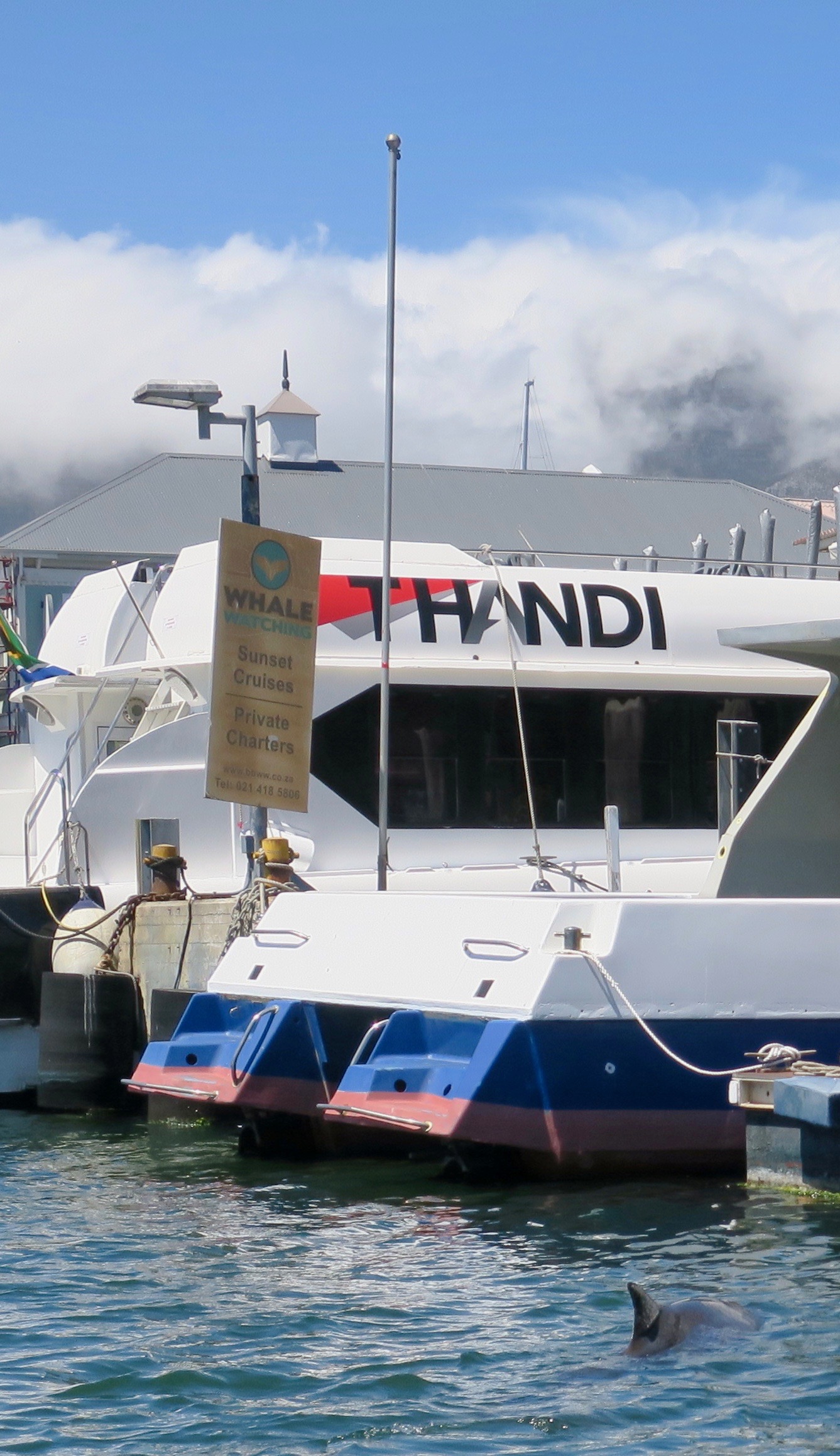 Who needs to charter a boat in Cape Town to see whales – here they come right into the harbour on a gorgeous November’s morning. 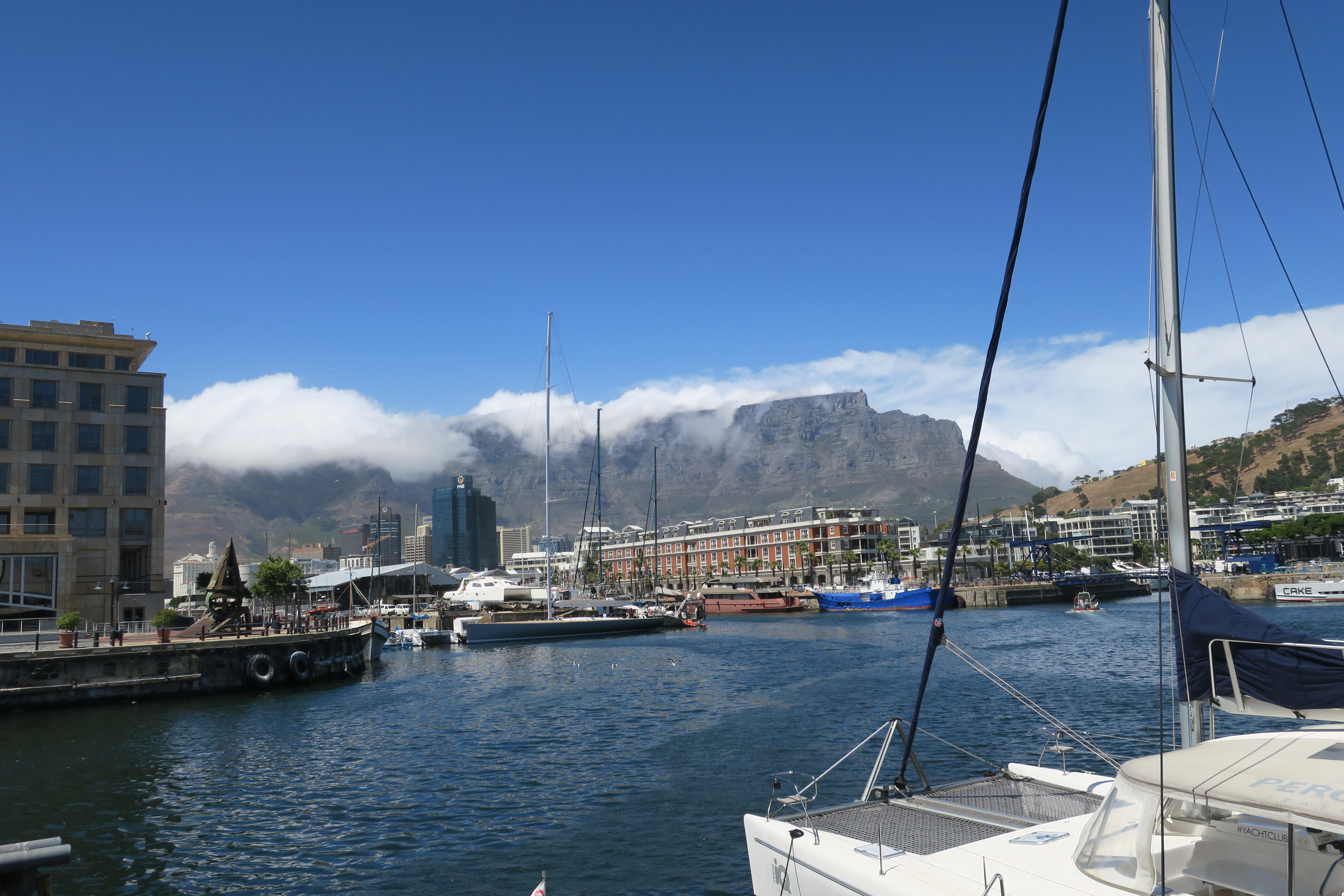 In the shadow of the iconic Table Mountain lies Table Bay and the associated Victoria and Alfred yacht basin. This basin has played host to many a world famous visitor, but none as special as the Dwarf Sperm Whale who popped in for a visit in early November.

In full view of shoppers, construction workers and tourists, the Dwarf Sperm Whale busied himself with entertaining one and all in the shadow of iconic Cape Town landmarks

The torpedo-like shape of the Dwarf Sperm Whale visible amongst the boats in the harbour. Here the whale can be seen surfacing as he began yet another round of playful swimming.

Described as a shy and elusive whale, the Dwarf Sperm Whale is one not often viewed with any great success in the seas. So much so that not an enormous amount is known about this species. Here though you can clearly see many of the features that make this little whale so distinctive. 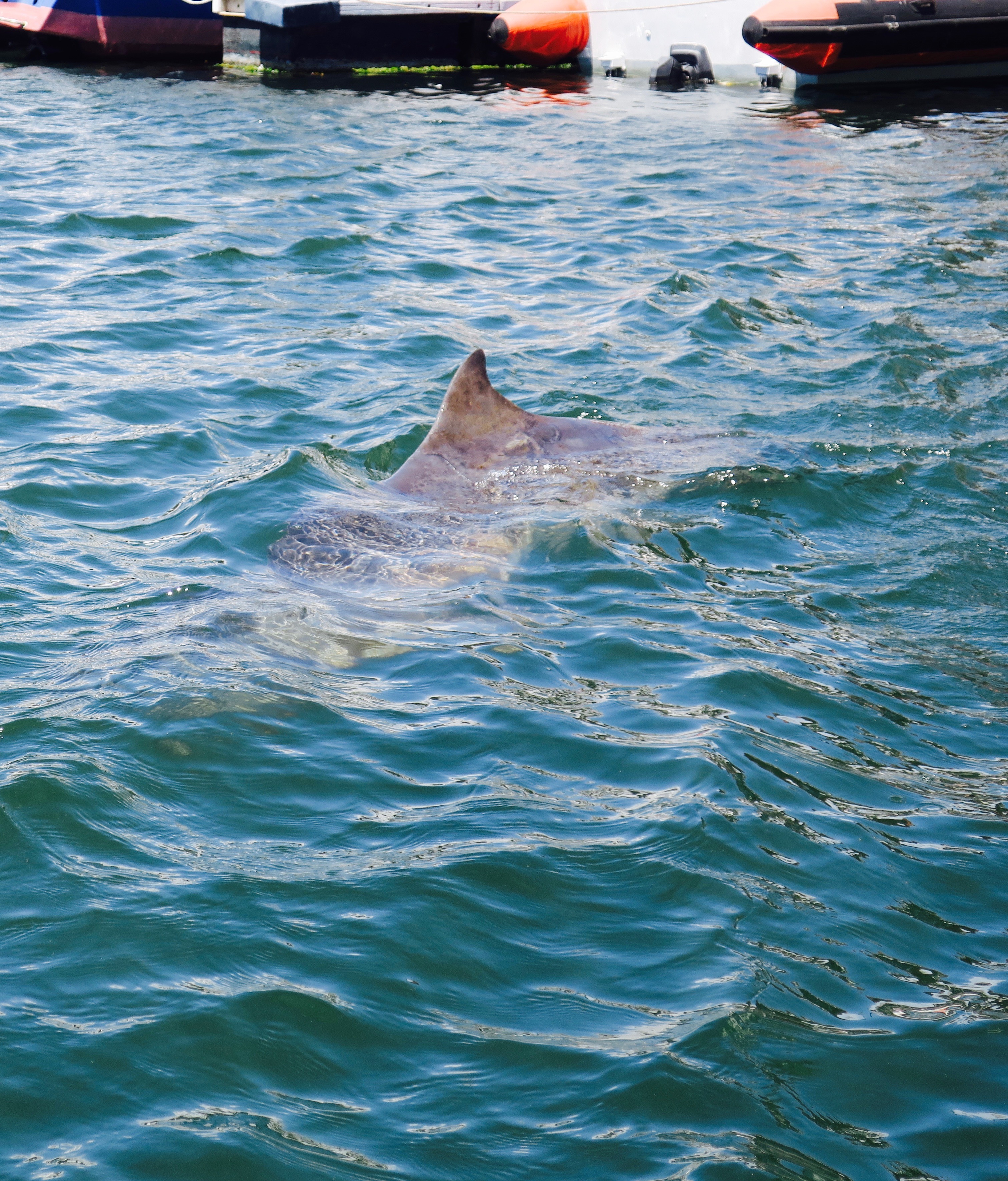 Typically measuring about 2,5m in length, this toothed whale is the smallest of the whale species and from this picture it is clear that it certainly does appear almost “shark-like”. The distinctive and shark-like dorsal fin so indicative of this species of whale had one or two curious onlookers nervously questioning who had come to say hello in the harbour waters. With tourist boats offering trips to view the Great White Shark only meters away, one can forgive the folks for being a little wary of the visitor. 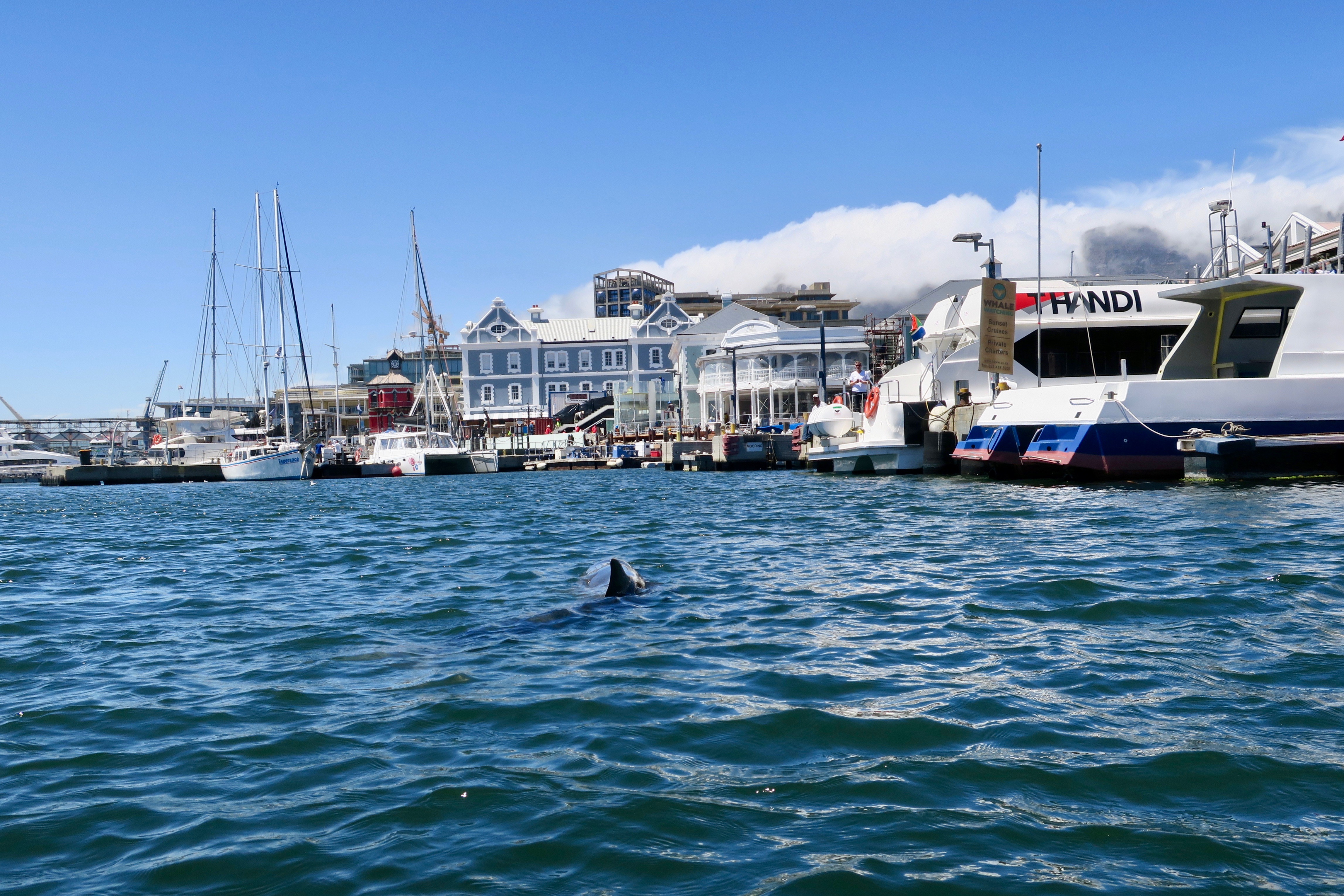 A rare privilege to see a whale so close to human habitation, but made even more special by the fact that it was a particularly special little whale who swam into the harbour.

Cape Town truly is a special destination, boasting such incredible natural beauty and biodiversity.  The city and its surrounds really offers the visitor something special at almost every turn, and on a Thursday morning in early November we were reminded of just how incredible this southern tip of Africa is.  A rare sighting such as this one may not be the norm, but you are certainly guaranteed not to leave Cape Town disappointed.  Be it Great White Sharks viewed from cages in the depths of the False Bay, Southern Right Whales viewed from sea kayaks in Walker Bay or simply enjoying spectacular vistas from the summit of Table Mountain, for those in search of wilderness in and around a city – there can be very few places on earth to rival Cape Town.